What I Learned From Being Exploited 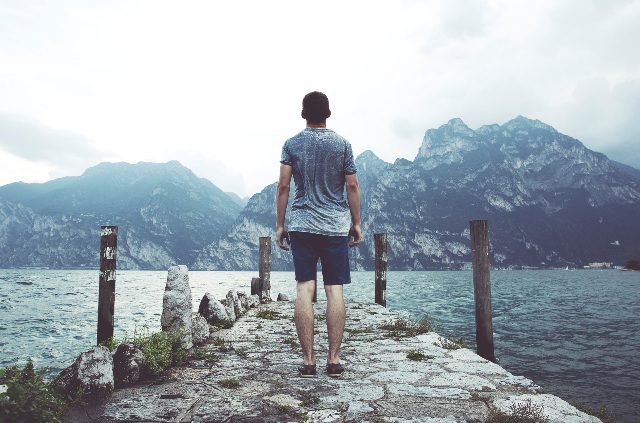 When I was young, I had an older friend named Tim. Tim was disliked by most kids, largely because he flaunted his intelligence, bragging of a 165 IQ. Intelligence used rightly is a wonderful attribute, but he made a point of intellectually dominating— something few could tolerate.

He was the only person that I hung out with at the time. I was insecure about my own intelligence due to a learning disorder. Tim’s intellectual dominance didn’t bother me because I was willing to accept some degree of minor abuse.

When Tim and I hung out, we’d play games (video games, bowling, table-tennis, billiards, etc.), while he told various stories of his accomplishments. He taught me about government, economy, politics, current events, and history. I absorbed these things like an unconscious sponge, not realizing that I was learning anything. Tim treated me as well as could be expected considering his nature, and we became good friends.

I remember, one day, we were playing video games when Tim brought up the subject of death. At the end of a game, Tim turned to me deliberately and stated that if he ever had to choose between his life and mine, he would choose his life without hesitation. To accentuate his point, he stated that he would pull the trigger himself, if that meant saving his life. He justified this by saying, “Hey, I like you and all, but I’m number one.”

He said it with such determination, that I had no doubt he meant it. He claimed that this was natural self-love, but I didn’t believe it. It felt more like a combination of self-absorption and fear of death.

Tim was quite intentionally showing his cards. At least he wasn’t lying to me. There was a hollow place in my gut, and I knew then that someday I was going to pay for this friendship. I felt like a bug waiting to be squashed.

I made a choice in that moment to sacrifice my long-term interest in order to maintain the immediate friendship. I didn’t want to be alone, so I chose to have this friend rather than no friend at all.

I hoped that Tim would change or that I would get lucky and avoid someday being used up and tossed away like an empty soda can—or worse.

About ten years later, I had still not received a penny. I needed some cash, so I emailed Tim. I knew he had a good job and was saving money, because he had told me as much. I couldn’t understand why he neglected his debt. I pressed him about it, so he sent me a check for less than half of what he originally owed me, saying that was all he owed. I replied to remind him of the original amount. I never heard from Tim again. Naively, I thought he might have died.

About a year later, I found that he was writing a blog. He was alive and well.

It hurt badly, because he was an old friend with whom I shared many precious memories. I was angry, feeling betrayed and cheated. In my mind, I could hear him saying, “If it’s a choice between me or you, I will shoot you myself.” He had metaphorically “pulled the trigger” to avoid paying me.

In my heart of hearts, even as a kid, I suspected our relationship would end badly from the outset. I was responsible in a lot of ways.

Since then, I have realized that there has always been a warning at some point regarding unhealthy relationships. After each crash, I could identify the moment where I had made the choice. I suspect this is the case with all of us. In my heart, I usually knew, but I went along anyway because I felt that I couldn’t do any better. I told myself that they would change, not realizing that I was the one who need to change.

Sometimes I thought I wanted to “be kind,” when actually I was afraid to stand up for myself or disagree by saying, “No.” Later, I would feel resentment and start to blame.

What I’ve learned is that there are benefits to “toxic” relationships. If there weren’t, we would never enter into them, would we? In my case, I had a lot of fun, I learned a lot about the world, and even learned how to read as a result of hanging around Tim—rewards for which I feel deep gratitude. I needed this friendship to awaken. Realizing this truth, I can feel no regret.

To be clear, I am not absolving abusers. That’s a battle fought in their mirrors, not mine. Of course, there are few of us who haven’t taken advantage of someone, including ourselves, at some point in our lives. Acknowledging this, I work primarily on cleaning up my own inner-space. This brings clarity and authority to my life and prevents me from being drawn into unhealthy relationships to begin with. Even better than that, it allows me to have insight and understanding in all of my friendships.

For me, being exploited has been a valuable learning opportunity! 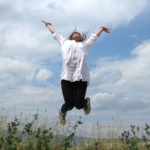 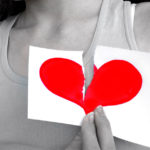 Divorce Broke My Heart …And Guess What I Found in the Wreckage? 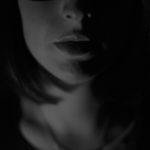 The Demon Just For Me (A Poem)

Richard L. Haight is the author of The Unbound Soul: Applied Spirituality —the true story of a young boy's spiritual vision and his subsequent trek across the globe in search of truth. Through The Unbound Soul, Richard L. Haight reveals the understanding that will transform your life and provides a unique meditation method as well as a set of powerful awareness tools to assist you on your personal path towards practical realization in everyday life. Take advantage of the $.99 Amazon Countdown Special Oct 20-27 and Book Giveaway until 10/29. Find Richard on his website, Facebook, YouTube, and Twitter.