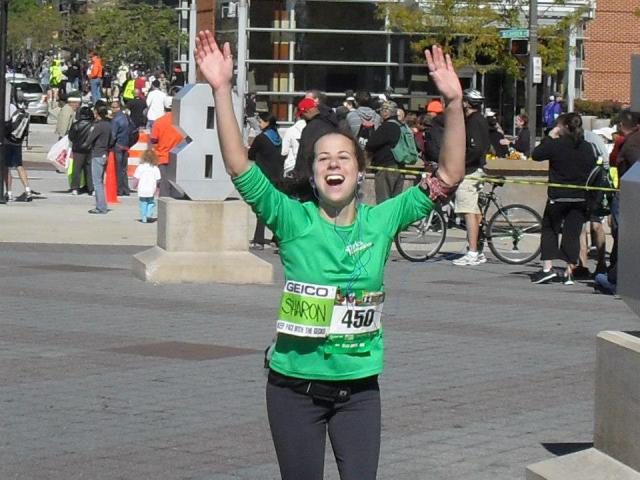 I hate when people refer to antidepressants as a “happy pill.” While prescriptions can truly be a lifesaver, I’ve had multiple therapists tell me that medication is only 10% of treatment—90% is interpersonal. It’d be wonderful if there was a magic pill that could make me feel giddy elation instead of irritability, sadness, and anxiety. In 2008, when I was stuck in that vicious cycle of feeling sorry for myself and yet unable to do anything about my mental and physical illness, I felt stuck.

I was actively participating in an outpatient therapy facility, and making great strides emotionally, but I didn’t feel powerful. Diary cards for tracking emotions were helpful, but as much as I respected my therapists, at some point I was exhausted with all the sitting. I had to move too.

My breakthrough came in a text message from my friend Julie: “Wanna run a road race this Thanksgiving?”

I ran short distance track in high school, but then plopped myself on the elliptical in college, because it was cuter. Still, I needed a challenge. I joined a gym and plodded on the treadmill (named “dreadmill” for a spell) for five minutes, and then increased by 30 seconds each day. It sucked, then it sucked less, and then it felt good. I was hooked. The link between running and a mental health boost is documented everywhere, so I wasn’t surprised.

One of the problems with mental illness is that there’s no easy way to diagnose it. What might be a disease for some is a symptom of others. If a person has high blood pressure, that’s quantifiable. When someone’s sad more often than they’re happy, they might be depressed, anxious, have Borderline Personality Disorder, dysthymia, have PTSD, be bipolar, or have an adjustment disorder. I’ve had each of those labels slapped on a case file over the past few years.

As I saw each new therapist, my mile count increased. Thanksgiving 2008 came and went, and mentally, I felt better. The diagnosis of PTSD stayed with me, and the targeted therapy worked wonders. Physically, too, I felt unstoppable. It’s funny how 5 miles on a chilly November morning convinced me to open my mind and wallet to support a running habit that would span the next few years. However, what I later found out was that running, especially long distance, helped me mentally too.

Last year, in 2015, I realized that the mind and the body have a true link. I noticed patterns of my body aching and mood dipping during menstruation, even with dedicated talk therapy appointments and Zoloft regimens. Everything hurt. Again, the misdiagnosis plagued me until my psychiatrist and gynecologist spoke together, scoped me mentally and physically, and arrived at a life-altering conclusion: it wasn’t all just in my head.

I have been diagnosed with endometriosis as well as polycystic ovarian syndrome (PCOS), which comes with a delightful array of symptoms including depression and mood swings. Endometriosis gave me nausea and cramps that could have bent steel. PCOS is hormonal, and occurs when androgen (“male” hormones) are higher in a woman than they should be. Cue acne and sideburns along with ovarian pain. Depressed, hairy, aggressive, and achy, I took this out while I ran.

Well, I ran when I could. I wish I could say I stuck to a schedule, but sometimes I went weeks without stuffing my feet into Asics. Sometimes I went to the gym and cried instead.

My friends and my boss dragged me out. They motivated me to sign up for more races and to relive my glory days. Thanks to their encouragement, it wasn’t too long before I started to feel much better mentally. But imagine my surprise when my hormones began to regulate a little more. Long distance running has links to lowering testosterone and androgen levels, so I was actually running myself into more of a balance.

Today, just a year after my correct diagnoses of endometriosis, PCOS, and PTSD (plus a uterine laparoscopic surgery last summer), I feel happier, empowered, and healthier. I’ve replaced antidepressants for hormonal birth control, and now take Advil and anti-anxiety medication as needed, instead of every day. The savings at the pharmacy have been transformed into the road races I greedily sign up for.

My secret was to be blunt. I could accept being sad or I could accept that there was something worth running towards. I had to believe in myself too—I was bigger than my diagnosis, but only if I self-advocated. The chips fell into place. With running, I became balanced mentally and physically.

Running has enabled me to feel better because it gives me something to look forward to, make lifetime friends, has tangible accomplishments, and helped me manage my illnesses. As I train now for my third marathon in the fall of 2016, I know that there is never really a “finish line” with mental illness, but that I’m going to crush each race anyways. 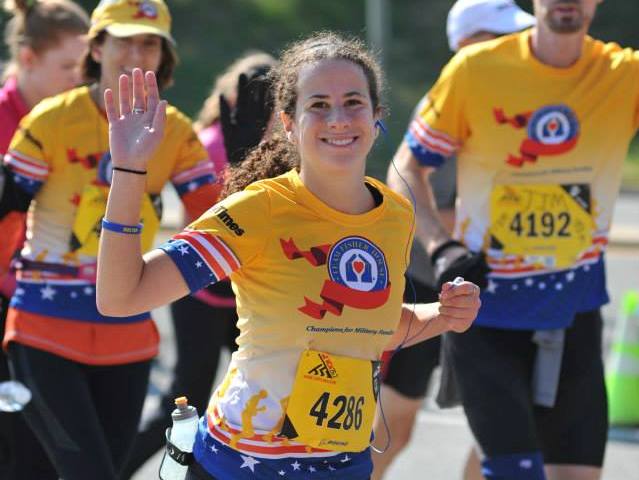 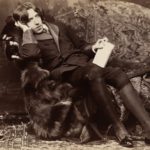 How Oscar Wilde Cured My Depression

Sharon Rosenblatt thrives in a blank document with a blinking cursor at her command. As Director of Communications for Accessibility Partners, Sharon brings her writing to the frontlines of disability advocacy and technology accessibility. When she isn’t fighting for equal access, you can find Sharon running a road race or on wooded trail. Sharon believes that life begins at the edge of your comfort zone, no matter the age. No stranger to life’s curveballs, Sharon has dedicated her life to everyone who believed in her, pushed her on the race course, drove her to doctor’s appointments, or responded to incoherent text messages with too many exclamation points. Like her writing, both the sentences and Sharon always seem to run on.