My husband and I have a favorite restaurant in our small town of Milford, Michigan. We have gone there nearly every Friday for the past 15 years and always have the same, wonderful waitress—Sharon. One night, about a year ago, we noticed an older man having dinner alone. It made us feel grateful for how lucky we were to have each other.

We told Sharon, when it came time to give him his bill, to just tell him that someone had already bought his dinner—and not to tell him who it was. This was easier said than done, but she did a great job. We heard her explain, and every time he asked her who had done it, she said she wasn’t sure who the people were.

He, of course, was looking around, while we tried to continue eating as inconspicuously as possible. He asked and asked. She just kept telling him that she’d never seen them before, that they had already left…

Occasionally, after that, we saw him in the restaurant (by now we had learned his name was Clarence). Usually, we were happy to see, he was with his wife. It turned out that they were regular Friday night customers of Sharon’s, too!

Sharon told us that he asked her for months—were the people also currently in the restaurant? Did she know them now? Had they come back? But, she kept our secret.

Then, a few months ago, we were talking to Sharon about some electrical work we needed done at our house. She mentioned that, coincidentally, Clarence was a retired electrician and still loved to do side jobs. She gave us his number and told us that, the next time she saw him, she would give him a heads-up that we would be calling.

A week later, we contacted Clarence and made arrangements for him to come by. When he showed up at our house, he had a grin on his face. He told us that Sharon had finally told him that we were the couple that had bought his dinner that night long ago. He said he’d thought about it nearly every day since and was very happy to finally know us. He told us what a nice surprise it had been and that no one had ever done something like that for him before.

He said, “You just don’t hear about things like that very often these days.”

After Clarence finished the job, we invited him in for some lunch. As we sat at our kitchen table, he told us a little about his life. I looked at my husband. Again, as I am every single day, I felt grateful to have him to share meals like this with, to share my life with. And then I looked at Clarence and thought how one small, random act of kindness so long ago had lead him here, to our table.

More than once since that day, I have wondered if the ridiculously low price he charged us was his normal fee or a thank you for our previous kindness. I suspect that it was probably a thank you.

I truly, deeply believe that even a small act of kindness can change the world. I may never know what my kindness does out there, how it changes a person. Maybe I get an immediate smile in return, a thank you. But chances are, I will never know how deeply it can move someone.

Sometimes, as we did with Clarence, it does come back to me. How wonderful that is! But either way, I am given many, many chances every day to be kind. I try to look for those chances, and I take them. Maybe it’s just a smile. A please or thank you. Holding the door. A compliment. Sharing. An invitation.

It doesn’t have to cost me a penny. And, if I am lucky enough to find kindness passed my way, I make sure to take time to feel the gratitude.

Yes, yes! Big things can make the world a better place indeed. But I’ve also learned to never, ever forget that the small things can, too, just as much. 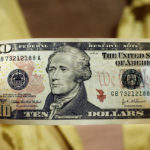 Cindy McKinley is a teacher and a writer who has devoted her career to helping and inspiring kids. She has written two award-winning children’s books (One Smile and One Voice) about the impact small acts of kindness can have. She also wrote a book for parents: 365 Teacher Secrets for Parents: Fun Ways to Help Your Child Succeed in Elementary School. She holds a Bachelor’s Degree in Elementary Education and a Master’s Degree in the Teaching of Reading. Cindy has two children and lives with her husband in Milford, Michigan. Visit her website at www.CindyMcKinley.com.