My Father Who Abused Me Is Dead. Here’s How I Feel. 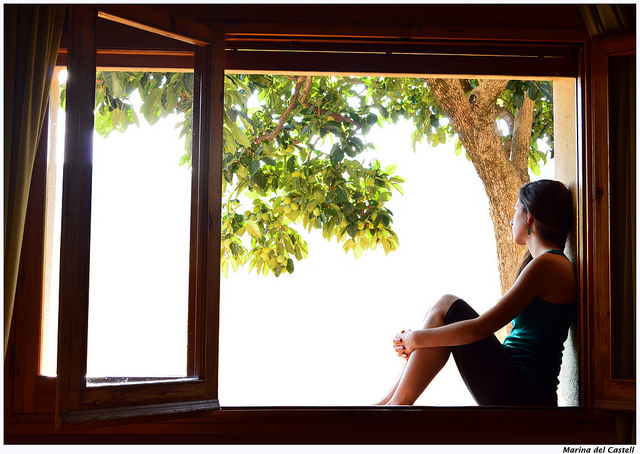 I used to want him dead. Then I forgave him and set myself free. Now, he is dead and it’s surreal.

He claimed that we used to be friends. My grandpa also insisted that as a child we used to get along. I am not sure if it’s true. It seems more like a false memory of their imagination. I feel it was denial. But maybe it is partly true. Maybe we did have some fun times a long time ago.

I wish I could say that I have pleasant memories of my father. I truly wish I did. But I don’t.

I remember his fake smile as he brought cookies to me and my friends, but then treating me like dirt when they left.

I remember when I discovered he started smoking again. I kept it in secret because I feared I would be punished for telling. For years I walked around with his secret, in fear and in shame. I even tried to convince myself that it wasn’t true and I was just a bad person making it up in my head. I kept it to myself until the day he lit a cigarette in front of all of us. Mom knew about it all along.

I swore I would never smoke because I didn’t want to be like him. I feared him. But I feared becoming like him even more.

I remember his bulimic period after mom left. He starved himself, used laxatives and kept throwing up to the point of puking blood. He beat me for his misery too: “Your father will die, you bitch! It is your and your mother’s fault.”

It didn’t last long though. He started stuffing himself again and gained weight quickly. But he kept blaming and hurting me even more: “You are a whore, like your mother. You deserve it. You deserve to be beaten.”

My most vivid memory of him involves him beating me because of a stupid washing machine and a door left open. The incident left me with a fractured finger. I had a birthday party to attend that day. I was embarrassed. Later that night I walked around in the city afraid to go home. I remember those walks: aimlessly, in tears, being afraid to go home and trying to call someone to help me. I always hung up the phone.

One time fighting back at him I hit him with my brush. He started bleeding a bit. “My blood. Your father’s blood,” he said wiping it on me then continuing to yell and to hit me.

As his punches landed on me, all my cells cried from fear.

No, I can’t recall happy memories, but tears, fear and pain.

At 17 I left my home country. I swore never to speak to him again.

Eventually I had less nightmares and I was afraid less and less. But his name gave stomach pains and brought the fear back.

I ran away. I cut contact with him. I tried to forget him. But this Band-Aid approach had only worked for so long. I was still in pain deep inside.

People told me to forgive him. Most of them of course had never believed my story to a full extent if at all.

How could I forgive him? I wondered. He deserved to be hated—I believed. He shouldn’t be forgiven. So I thought.

Later my brain started to realize that he didn’t hurt me because he was bad. It wasn’t my fault and perhaps it wasn’t his fault either. He had his own story. Who knows what happened in his childhood…

He was certainly a miserable man, lonely with no friends, without social skills and a wife that left him for the better. He didn’t know how to handle life. He certainly had no idea how to handle a daughter.

His anger was directed against me. I don’t even think he realized it.

My brain understood all this, but my heart couldn’t forgive for a long time—until one day. One day, suddenly I felt compassion and forgiveness.

Suddenly I was ready to let go.

I wrote my unwritten letter of forgiveness. I had never sent to him but I felt free. I didn’t fear him anymore.

I met him last year at my grandmother’s funeral. I saw a miserable man. I didn’t hate him. I didn’t fear him. I didn’t see him as my father. All I saw was a stranger I was wishing the best for.

I was hoping he would pull his life together—for my brother and for himself.

My father will always be a mystery. He lived in his own world. He had no friends, and eventually no family. He spent his time alone living the most dysfunctional, self-destructive and unhealthy life one can imagine. He didn’t see anything wrong with it. Maybe he even liked it that way.

I doubt he was ever happy though.

I was hoping he would change—change for my brother. But it has never happened.

My father died this month somewhat unexpectedly. He was sick for years, not going to the doctor and leading an unhealthy lifestyle. Still, no one expected it to happen now so soon and so sudden.

I am angry and sad because my brother lost a parent.

For me, I don’t feel I’ve lost a parent. I’ve lost that a long time ago. He was a stranger to me—a stranger I used to hate, I used to fear, I used to want dead then I forgave and setting myself free wished a better life upon.

I’ve never thought it would be this way, but the only way I can think of him is with love. It’s true: I have forgiven him.

Yet, I don’t regret not keeping in touch with him. I won’t be shedding tears for not having a father.

I feel sorry that he had such a miserable and lonely life—and how it ended with no chance to make it happier this time around.

Then I forgave him and set my soul free.

Now he is dead and it feels weird and empty.

Rest in peace, Dad. I wish you an easier time next life.

Kat Gál is a Holistic Health & Happiness Coach guiding women to feel empowered to get out of the roller-coaster of chronic emotional and physical pain, and enter into a world of confidence, self-love, energy, happiness, health and freedom. She also specializes in healing from child abuse working with women who have survived the trauma of growing up in a dysfunctional family and the trauma of abuse experienced as a child or teen. She is the creator of the popular Your 21-Day Mind-Body-Soul Shake-Up! (w)holistic cleanse and an author of several ebooks, including 365 Days of Journaling. Kat invites you to join her Facebook group "You are enough! You deserve to be happy, healthy and loved”, a safe sanctuary for women on healing, sharing and living. You can follow her via her website on holistic health and happiness, by signing up to her newsletter and following her on Facebook.