Learning to Feel Alive Without Killing Myself

There’s a One Republic song that’s been stuck in my head lately. It makes me feel an emotion for which there’s no name in our language.

Hearing those last words, I get whatever feeling comes after thinking: “I would have felt cut open from this, once upon a time.” I suppose it’s called being sentimental, but there’s an extra hint of compassion for my old self, addicted and confused. And just when I thought I couldn’t forgive myself any more, I do.

Everything that killed me made me feel alive. That’s why I hurt myself so much.

I used to live in extremes.

I spent most of my waking life living in my head, closed off to the world. At best, I was numb. At worst, I was tense, paranoid, and constantly frustrated, each little tiny thing grating on my teetering mental health like nails on a chalkboard.

Then, the weekend would come.

I wouldn’t stop until my body couldn’t move anymore. I used to see a lot of sunrises.

Everything that killed me made me feel alive.

Over time, that perfect high just didn’t exist anymore. As the weekend stretched out into Sunday, then back into Thursday, then Wednesday, Tuesday. As the chemicals had no chance to wash out of my bloodstream before another dose came in. As I began to replace food with cigarettes and regret, there was no more “happiness.”

I was killing myself, but I didn’t feel alive.

If you’ve never been addicted, I’ll tell you what an addict’s worst fear is. They fear that they’ll never feel good again. They fear that, if that they can’t purchase happiness for $60 on a Friday afternoon, there will be no more happiness.

I was afraid of that for a long time.

I was afraid to get into relationships because the passion would wear off, and then what? How could you be happy with a person without that addicted, magnetized feeling?

I was afraid to put my writing out into the world because people would criticize me, and then what? How could you be happy when there is so much negativity infused with your work?

I was actually afraid to get a massage because I was convinced I’d become addicted to them, and then what? I’d have to pay the therapist more and more as it felt worse and worse, right?

I thought everything worked in extremes.

I thought happiness was the maintenance of one extreme: pleasure.

For a while, I was crestfallen.

Now that I wasn’t killing myself, I didn’t think I’d ever feel alive.

I learned to be my own friend. I learned that friendship isn’t about sustained, ecstatic, enduring highs. Friendship is about staying together through the ebbs and flows, celebrating them and learning from them.

I’ve learned that happiness is a state of mind and a way of life. Sometimes, on that path, there is pleasure. Sometimes, there is not. And that is okay.

I’ve learned that no one feels good all the time. Even Buddha had bad days. No one has a life of never-ending pleasure, except those who dose, re-dose, and die young.

And I came very close to dying young.

Thank god that I no longer have to feel good to feel alive. 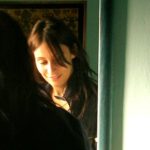 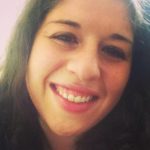 Celebrating Two and a Half Years of Healing and Self-Discovery 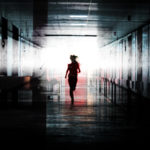 Like every human being, Vironika Tugaleva is an ever-changing mystery. At the time of writing this, she was a life coach, digital nomad, and award-winning author of two books (The Love Mindset and The Art of Talking to Yourself). She spent her days writing, dancing, singing, running, doing yoga, going on adventures, and having long conversations. But that was then. Who knows what she's doing now? Keep up on her blog at www.vironika.org.