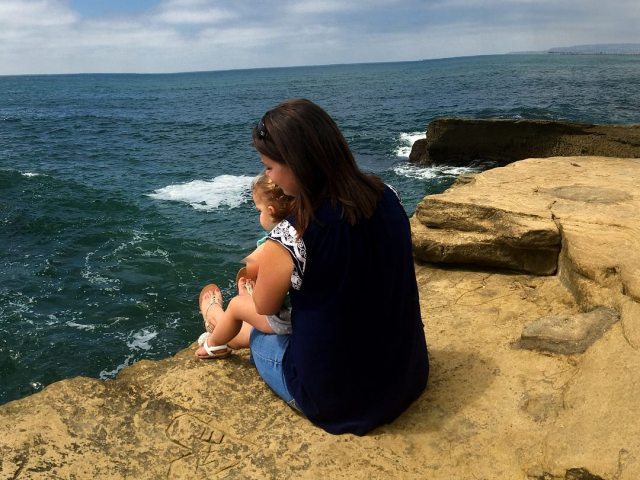 I’ve always considered myself a very positive person. I was always willing to jump in and learn new things, take on new tasks, absorb knowledge, make new friends. I could usually meet people easily. I would find a new group of women to associate with through all our moves to various states due to my husband’s job. I never had much of an issue with putting myself out there.

Life was good and exciting, and I was willing to do everything I could and meet everyone I could. I was way overscheduled, overcommitted, and overobligated. My calendar was jammed with everything from work events to volunteer events to social engagements. It was rare we had a week that didn’t have something attached to each day.

Life was moving along at full speed, and I was just trying to keep up. I was trying to do more, work harder, work longer. I would pick up every little thing that fell into my lap—in case it made me better in some way or served me with a new skill. I didn’t realize it then, but I was headed for a major breakdown.

Fast forward about 10 years into my adult life, and I had hit rock bottom. I had given birth to a beautiful baby girl while my husband was deployed and, shortly after, I was diagnosed with Postpartum Depression and anxiety. At the time, I had an incredible full-time job with unbelievable benefits, a beautiful family, a great financial state, and I was unhappy. I was more than unhappy. I was lost, overwhelmed, and completely unglued.

I was used to operating in a state of chaos all the time. When I had a baby, life seemed to slow down. I was no longer running on my own time. I was running on the baby’s time. Even simple tasks such as going to the grocery store took several hours. The baby needed to be fed, have her diaper changed, clothes changed. She was fussy. I forgot things and had to go back. Everything in my world seemed to be taking forever.

There was no more dashing around day to day. I found myself having to cancel on people last minute due to my new role as a mother. I found myself committing to things and then dropping the ball and letting people down. I didn’t understand what was happening. Why couldn’t I just fall back into the life I had before my daughter came along? Why was all this mothering business so hard for me?

I remember noticing, one day, that I hadn’t laughed in almost a year. I’m not sure how that happened, but when I think back, I can’t remember being truly happy during that first year of my daughter’s life.

It was almost as if I was living in a shell of a body. In photos, I smiled. In groups I participated. But deep down, I felt numb and lost. I was wanting to stay home with my daughter, but I also loved my job and felt it gave me purpose in life. The stigma of being “just a mom” was always in the back of my head. I had worked so hard for so many years to establish a worthy career and a name for myself. Did I really want to throw away wealth, titles, and corporate success to JUST be a mom?

Then, the best thing happened to me: I was laid off right before my daughter’s first birthday. How the heck is a layoff a GOOD thing? At the time, I couldn’t see it either. In my mind, a layoff was the ultimate failure, and this was my second one in California since moving here for my husband’s job. It was a huge blow to my ego. Why was I let go and not another employee? Could I have done better? Could I have worked harder? Stayed at work later? Pulled in more overtime? What did I do wrong?  I was only seeing the negatives associated with a layoff. I hadn’t yet seen all the good that was going to come out of something so hard.

I was looking at failure as an end. As a tragedy. But failure, I realized after a few months, wasn’t a bad thing. It was actually a GOOD thing. But in order for it to truly be GOOD, I needed to learn something from it. Failure needed to present itself as a path to change something in my life so that I could find another path to take. It was a stepping stone to change and reflection.

My layoff put things into perspective. I was surviving, but I wasn’t thriving, and after that moment, I started to change the way I was living. To me, this was the biggest sign that I could have been given. I didn’t have to make a decision and wrestle with societal pressures anymore. The decision was made for me—completely outside of my control.

I began to think differently. I said to myself, “Okay so that one thing didn’t work out, but what can I learn from this mistake? What new step can I take? What can I tweak or change?”

Because of failure, I started living with intention, focus, drive. I started listening to my heart more than my head. I started being present with myself, my marriage, my daughter, my friends instead of being distracted and rushed. My life became less about doing things to be busy or full and more about being in the moment, accepting life for exactly how it was and not trying to change it or force it into some ideal.

Had I not been laid off, I think I would have been stuck in the unhappy cycle of not understanding myself as a person, a mother, and a wife. I was letting society dictate what I should and shouldn’t be doing in each of my roles, and I was doing those things, and yet I was so unhappy. It turns out that I like the quiet, I like being off my phone, and I like saying no to other people’s obligations.

Being laid off from an incredible job made me realize that life is short and that I had been filling my life with too much fluff and not enough substance. Substance for me looks like sitting on the couch sipping coffee and watching my daughter play. It shows up in listening to my husband talk about his day while I cook dinner. It’s about accepting a coffee date still in my pajamas at a girlfriend’s house while our kids run around and play.

Substance wasn’t about long work hours, projects, or my next promotion. In the end, those turned out to be things that I lost in the blink of an eye—they didn’t make up my true identity. I spent the last 10 years of my adult life ignoring my inner happiness to meet societal standards of what was appropriate for my age and status.

I’ve learned so much over the last few years, and I am still learning. This year, I’ve decided to get comfortable with being uncomfortable because that’s how I grow as a person. I grow when it hurts and when my body and mind are pushing against me. I grow under pressure. It isn’t the pressure I felt before: constantly feeling the need to prove myself to others. Now, I feel a pressure that calls me to slow down, be less reactive to situations, be more spontaneous and less tied down to a schedule. It’s a pressure to not prove myself to anyone but myself. The pressure to let things go. 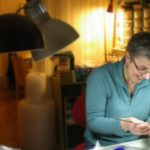 Lauren Cecora is a Postpartum Mentor for women who are desperately overwhelmed and overscheduled. Through her Sanity Saving Tips, free challenges, and book Past-Partum, she’s here to help you regain balance in your life while making it feel effortless. And when she’s not saving women’s sanity, you can find her with a bottle of wine (yes bottle!), traveling the world, or out on the occasional kid-free excursion.Meet Lauren and get ready to Save Your Sanity at laurencecora.com.