How I Healed My Relationship With Food (And With My Body)

Like many young kids, my strange relationship with food began at a very young age. My parents used to have to play the train game to woo me to eat.

And when I finally opened my mouth, they’d slip the food into it before I even knew what was happening, look at each other, and heave a big sigh of relief.

An Unhealthy Relationship With Food Begins

In the hospital after my tonsillectomy, I fell in love with ice cream which soothed my raw and tender throat. Even after my throat healed, I’d eat as much of it as I could get my little hands on.

It didn’t take long before my mother was shopping for me in the chubby girls’ section of the department store.

Suddenly, I loved food and had become what, in those days, was called “a good eater.” It didn’t take long for me to go from being a happy “good eater” to a troubled one.

Honestly, how could I have turned out any other way?

My dad, whom I adored, passionately enjoyed food and tended to yo-yo 10 pounds or so up and down the scale year after year.

I remember proudly joining him as a member of the “clean plate club” and giggling when we went out to dinner with other families and his friends kidded him about being a human garbage can.

Of course, it wasn’t so funny when he sat at the kitchen table with me reading the New York Telegram and insisting I finish all the food on my plate, e-v-e-r-y  l-a-s-t  m-o-r-s-e-l.

He insisted—no discussion!—that I at least try every food that was put in front of me. He even made me eat disgusting things that made me gag, like gristle and the strings from inside the banana peel.

My average-weight mother was a normal eater and passable cook who served us balanced, healthy, if not exciting, meals.

She admitted to not enjoying cooking very much and doing it only because she had to do it since she was a stay-at-a-home mom as many women were back then.

She had some rigid food rules.

She wouldn’t allow me to open a box of food until a previous box of the same food type was empty: first finish the Cheerios and only then open the Corn Flakes, and don’t dare open the Oreos until the Vanilla Wafers are all gone.

So in order to get what I wanted, say, one Oreo and one Vanilla Wafer, I would first polish of all the Oreos.

What a set up for dysregulated eating!

As a preadolescent, I remember her chastising me on more than one occasion because I had eaten the entire jar of maraschino cherries after she’d warned me that she was saving them for “company” that night.

And I recall wondering, didn’t I deserve them too and why couldn’t she have bought one jar for us and one for “company”? To outsmart her, I became a sneak eater and went from being a chubby child to a self-conscious, chubby teenager.

I fell into a dangerous Diet-Binge cycle

During my adolescence, I alternated between near-starvation (“Hurray,” I wrote in my diary, “I only ate an apple today!”) and being what I deem a world-class binge-eater.

When I dieted, all I could think of was eating anything but what I was “allowed.” When I was bingeing, all that filled my head was the diet I swore I would start tomorrow and the self-discipline I was going to prove to myself and everyone else that I possessed.

By college, I could down a quart of ice cream in a sitting and had contests with the girl in the dorm room next to me to see who could finish one first. Sadly, I often won.

An Increasingly Unhealthy Attitude To Food

By my 20s, bingeing and overeating had become a way of life, interspersed with rigidly self-enforced caloric restriction. At five feet tall, my weight kept inching upward.

Then, in my early 30s, working at a Boston ad agency where it seemed all the women were pretty and trim, I engaged in purging for about eighteen months and became as slim as they were. Clever girl, I thought.

Not so clever, it turned out. A friend I told about my bulimia was horrified and worried and urged me to seek therapy.

Through counseling and reading and re-reading Susie Orbach’s Fat Is a Feminist Issue, over the next half decade, I struggled toward “normal” eating.

How I Changed My Relationship With Food

Hopeful that I could actually create a comfortable relationship with food, I devoured every book on the subject—not that there were many back then when the (now worldwide) non-diet movement was just taking off in the early 1980s.

I had to contend with friends who thought I was crazy to give up dieting. Most of them talked about eating and weight incessantly.

I was often tempted to succumb to some new weight-loss plan. But I knew I had to resist participating in such diets as that would only lead me to inevitable binge-eating.

2. I payed attention to appetite signals

As a replacement for counting calories, I doubled down on paying attention to appetite signals.

The more I understood about the diet-binge cycle, the more I stuck to my guns and the more determined I was to become a normal eater.

To heal my unhealthy attitude toward food, I dutifully practiced having “forbidden” food in my apartment until I could eat just as much of it as I wanted and not polish off entire bags or boxes all at once.

This took a long time and I was often discouraged, but slowly I learned to take care of my feelings—boredom, loneliness, and disappointment mostly—in effective non-food ways.

4. I didn’t let myself get hungry

I carried food around in my purse and tucked snacks into the glove compartment of my car to ensure that I’d never become too hungry.

I still weighed myself daily, but eventually ditched the scale as I finally understood that to stay attuned to my appetite, I had to focus exclusively on eating, not weight.

Over the course of several years, my weight declined gradually, and I began tweaking my eating to be nutritious as well as appetite attuned.

Healing My Relationship With Food

Now I’m a psychotherapist, blogger and author writing about eating and weight. I never would have believed that my painful struggles would lead me to the peace I now have with food and the pride I feel in taking excellent care of my body.

I learned so much about myself and life along the way, and I believe that anyone can turn around their eating, now matter how troubled and troubling it is.

Can you relate? Share your experience in the comments below. 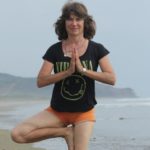 My Triumph Over Eating Disorders 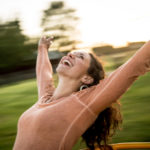 What Bulimia Taught Me About the Real Me 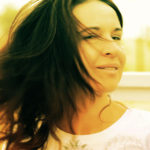 No Longer in Pain, Alone, or Afraid of My Shadow

Karen R. Koenig, M.Ed., LCSW, is a psychotherapist working out of Sarasota, Florida. She is an expert on the psychology of eating—the why and how, not the what, of it—and has been treating dysregulated eaters for more than 30 years. She has published seven books on eating, weight, and body image, has been quoted frequently by the national and international media and is a popular speaker on the psychology of eating. Her website is www.karenrkoenig.com and you can read her blogs on Facebook.