How I Learned to Give Thanks (Instead of Just Saying It) 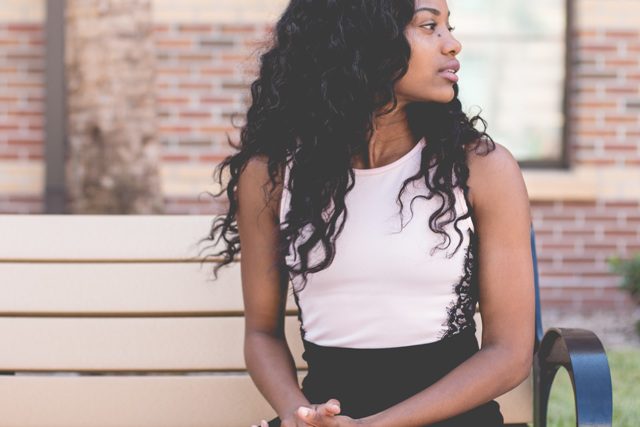 I was walking ankle deep through the remaining winter leaves, surrounded by earthy colours and smells. A couple of crows sat on branches above, watching silently. The air turned colder as the darkness settled in.

Ahead, there was a bench. A plaque read “To my friend…” The bench was dedicated to a man born after me, and who had died before me. I was tired and sat down.

I caught myself feeling sadness for the man who had died and grateful that I was still alive. I gave a silent thanks to whoever and whatever while the crows watched silently.

I say thanks a lot—to others. But I don’t give thanks half as much—a kind of thanks that is more spiritual. A thanks that does not come from the head, but from deep in the heart.

In my upbringing, it was good behavior to say “thank you” and “sorry,” even if the circumstances did not deserve these sentiments. One fulfilled an expectation of good manners. That was the norm.

Growing up with low self-esteem, I struggled with accepting compliments, gratitude, or a simple “thank you, Karin.” I felt I did not deserve it. I thought that accepting others’ appreciation was poor form and a sign of arrogance. No, I would not blow my own trumpet.

So I walked in sack and ashes, for years, for decades.

At some point in my adult life, I started to internally rebel against the premise of thanking people whose acts had disappointed and betrayed me.

Disappointment and anger with others, with life, and with myself started to overshadow my connection with gratitude.

My late therapist—one of the most influential people in my life—always called any challenge or difficulty “a gift.”

At first, I thought this was crazy. I did not know what he meant. It did not feel like a gift. It felt like a problem, a disappointment, an act of unfairness, a wound—yet another wound!

It was all very well for him to sit there, not feeling my pain, talking about gifts, acceptance, and gratitude.

But at the same time, my intuition told me that he might be connecting with something that I could not yet see or feel: a different way of being in the world. He had reached somewhere else, well ahead of me.

Part of me resented his ability to make sense of pain. I was jealous. He always struck me as a serene person. I so dearly wanted to be like that too. I did not want to suffer as much as I did.

As much as I was angry with him for saying what he said, I also trusted that somewhere, somehow, someday I, too, may be able to welcome life’s experiences as gifts and to give thanks.

As my self-awareness grew, I started to process some of my old pain and better understand my patterns of thought, beliefs and behavior. As I started to see the connection between my suffering and my experiences, I started to create more space for the possibility of looking at my life in a new and different way.

A prison door opened and I felt less limited by others’ acts towards me.

I started to feel more confident in my self-worth and intuition—the depth of my soul and the choices I have in life.

Hurtful experiences still hurt, but not in the same way—not as intensely as before, not for as long as before.

Eventually, I, too, started to refer to experiences as gifts. Challenges became opportunities. It is like my way of looking at life had opened up into another universe—one based on hope, patience, wisdom, and most importantly compassion for myself.

Many years later, sitting on that bench, I started to feel a more intense connection with giving thanks—the kind of thanks that reaches a deeper–than-rational meaning.

Sitting on a bench marking the life and death of another, my thanks felt timeless. It was not a thanks for the past or the possibilities of the future. It was a silent acknowledgement of the here and now.

Giving thanks for that moment felt peaceful. It soothed a wound deep inside of me, a fear of death.

The leaves were rustling. The crows had moved on. 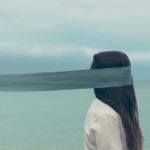 When You’re Feeling Inadequate (A Letter to Myself)

Karin Sieger is a psychotherapist and writer based in London, UK. Her blog is Between Self And Doubt. You can follow her on Twitter @KarinSieger and Facebook. For more information visit KarinSieger.com