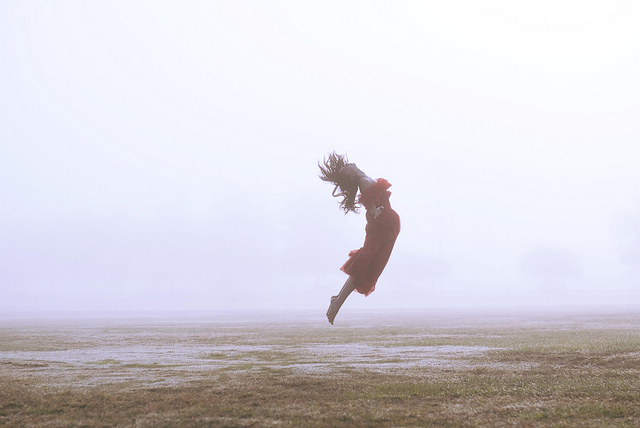 I used to fear him.

I used to hate him.

Then I forgave him.

Hurt people hurt people, they say. If that’s true, my father was certainly a hurt person. He claims it wasn’t always so bad. They say we used to play together when I was a child. But honestly, I do not remember the happy memories.

I recall being afraid. I recall yelling. I recall running away. I recall walking around the streets at night being afraid to go home. I recall the bruises, the blood and the tears. I certainly recall the fractured finger I still can’t bend as well as the one on my other hand.

Fear and tears and desperation. This is what I recall. Him yelling, “I am your father. I love you. Say that you love me.”

How could I have loved him? How could he have loved me? Love is not about yelling, bruises, broken bones and abuse!

My first plan of escape was suicide. Obviously, that didn’t work out.

My second plan of escape was moving far away, across the ocean and never speaking to him again.

This was a good and solid plan. It somewhat worked. Eventually, I stopped having bad dreams. I wasn’t afraid anymore.

But the blackmailing and pressure began from my family. No one understood. They thought I should grow up, forgive and become daddy’s little girl. Friends didn’t believe me or simply didn’t want to hear my story.

I was alone with a terrible pain that no one understood.

Oceans away, years after, my pain didn’t heal. It lessened, but it still affected me.

I asked, “How could I ever forgive him?” I had every right to be angry and to hate him. He didn’t deserve forgiveness. At least, that is what I believed.

Then, one day, I was out for a run. Suddenly, it hit me. I wrote the letter quietly in my mind, and then wrote it down on paper as soon as I got home.

I never sent him the letter. But, energetically, it passed.

I felt relief. I felt forgiveness. I felt gratitude. A big rock was lifted off my shoulders.

Several months later, when my grandmother died, I had to meet my father at the funeral. I admit I was nervous. It was a moment of truth: did I really forgive him? I was apprehensive that, once I saw him, the fear and hatred would come back. It didn’t.

The man in front of me was a miserable person. I felt compassion towards his broken spirit. He was not my father; I do not have one. He was simply a stranger—a stranger for whom I can only feel compassion and to whom I can only send unconditional love.

At that point, I knew I’d truly forgiven him.

He taught me fear, misery, and pain, but the pain his actions left behind forced me to eventually heal my spirit. With that, I was forced to learn and to experience true forgiveness. And for that, I will forever be grateful.

I used to fear him. I used to hate him. Then I forgave him.

And now I am at peace. 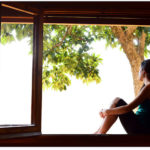 My Father Who Abused Me Is Dead. Here’s How I Feel.

Kat Gál is a Holistic Health & Happiness Coach guiding women to feel empowered to get out of the roller-coaster of chronic emotional and physical pain, and enter into a world of confidence, self-love, energy, happiness, health and freedom. She also specializes in healing from child abuse working with women who have survived the trauma of growing up in a dysfunctional family and the trauma of abuse experienced as a child or teen. She is the creator of the popular Your 21-Day Mind-Body-Soul Shake-Up! (w)holistic cleanse and an author of several ebooks, including 365 Days of Journaling. Kat invites you to join her Facebook group "You are enough! You deserve to be happy, healthy and loved”, a safe sanctuary for women on healing, sharing and living. You can follow her via her website on holistic health and happiness, by signing up to her newsletter and following her on Facebook.