My life looks nothing like it did a decade ago when, in my mid-thirties, I was told I would most likely be in a wheelchair within a year and my health would deteriorate from there.

I went through a battery of tests and diagnoses for almost seven years—hours that totaled months spent in the doctors’ offices.

The first diagnosis was Chronic Mono, the second Fibromyalgia, and the third a genetic blood disorder. The latter had the doctors saying I was much more likely to have a blood clot. I did, and was hospitalized for 4 days. The fourth and last diagnosis was the grimmest: Ehlers Danlos Syndrome III, Benign Hypermobility. This was the one that had the doctors predicting the wheelchair and a life of excruciating pain, physical therapy, and pain pills.

I went the traditional route of Western medicine and longed for answers. Taking care of two children while feeling like I had the flu on most days was challenging and heart wrenching, to say the very least. I then went to a chiropractor and saw a naturopath. Both offered limited relief and both suggested I take tons of supplements each day—20 or more pills daily—and they were BIG PILLS! None of these things helped me for long or gave me hope.

I truly felt like I was doomed to a life of pain and feeling like a burden.

The support groups I joined were not very supportive. Most of the people were stuck in their diseases and complaining about everything their illness had taken from them: jobs, spouses, happiness. Some of them, I thought, were just there to “one up” others on how bad their lives were and how many medications they were on. It did not help me feel any better. It only helped me feel more and more of a victim to my diseases. I became my diseases.

I was constantly assessing my pain and telling myself I was letting everyone down, because I was so sick. I felt like I was not a good enough mom, wife, daughter, or friend to those that I loved. I did not take anti-depressants as doctors suggested because, as I told my doctor, “I am sad because I am sick, not depressed—I need to know how I feel emotionally, not be numbed out.”

Each day, I awoke in pain with my thoughts going nonstop.

All of these, in hindsight, were disempowering messages, but they were what I knew and felt so deeply to be the truth.

I remember reading a book about coping with chronic pain that suggested I have a funeral for my old self, because I would never be that person again. The doctors looked at me with pitying looks on their faces. I was never given a chance or a hope that things could get better. Every doctor said how sorry they felt for me, that it would get worse, and offered me pills to manage the pain.

I did begin taking prescription pills, but because I always had a fear of addiction (growing up in NYC can do that to you), I started off at a quarter of the recommended dosage—2 pills every 4 hours. I was grateful I could be without pain for four hours at a time and would run to do everything I could at that time. It allowed me to remember what it was like to feel healthy again. Then, I quickly saw how, what the half pill did, I needed a whole pill to do, and how that quickly grew to the 2 recommended pills. I now had another thing to beat myself up about—taking these pills.

At this time, I was introduced to two things that put me in the place I needed to be in when the catalyst for my healing arrived.

First, I received a book by SARK, who taught me how to write about positive things. I had always been a writer but the years I spent sick, it was a pity party. I changed my attention and began to write about silly occurrences, happy memories, and aspects of my life I was grateful for.

Second, I met a new friend—Angela. It was St. Patrick’s Day. I managed to get out for a drink and I was introduced to Angela by mutual friends. We left hugging and knowing we would be best friends (and it was not the green beer talking either)!

I would take a pain pill to go for walks with Angela. She looked at me not as “sick Jenny” but her new friend Jenny whom she was excited to get to know. I started to get a peek at who I was, not the roles I had been judging myself so harshly on: daughter, mom, wife, friend.

A friend recommend the movie “The Secret”. I resisted watching it for a while. My husband at the time got it for me for Christmas. This movie was truly the catalyst I needed.

I did not agree with everything in the movie, but I took two important ideas from it: the importance of gratitude and that where we put our attention contributes to the quality of cells being created.

I kept repeating these ideas to myself. I knew I had not tried this route of feeling better. A door opened up, and I wanted to walk through it and see what happened.

I decided I would stop seeing doctors for a few weeks, as they were only affirming my sickness. I needed to go to the blood clinic to adjust my blood thinner, but other than that, I was doctor-free for the first time in years.

I decided to begin and end my day with gratitude for all that was good in my life and body. I began to listen to what I was telling myself: how sick I was, how I just wanted to get through the day, how much pain I was in. Hearing those messages was brutal at first, but it also let me see that I was not encouraging myself or sending healing messages to my body—I was only sending it negative ones.

I delved into Deepak Chopra, Wayne Dyer, and Napoleon Hill. I became more aware and conscious of the past patterns I had been participating in. I needed to forgive myself, the doctors, and everyone else that contributed to that energy. I began to meditate to quiet my mind.

In three weeks, all the pain was gone. I did not need any more pain pills. It took me a year to go back to my hematologist to get off the blood thinner. When I did, he gave me his blessing. He said, “Where your mind is now, it would be more dangerous than helpful to be on them.” That was almost ten years ago. Now, I rarely even get a cold.

Healing myself ignited my passion for the mind-body connection and a thirst for knowledge. In all my support groups, I wanted to scream from the rooftops, “You can heal!” That didn’t work so well. I learned that people heal when they are ready and that illness DOES serve a purpose.

What does my life look like since I healed? I have a thriving practice as an intuitive healer. I left my marriage and found a relationship beyond my wildest dreams. I had my first book published, which was always a dream of mine. I have close relationships with my community, friends, family, and children. I wake up with this love and gratitude that runs so deep, and this passion to help others feel it too.

I feel unlimited and I know that there is so much more to learn. I am embracing the journey! 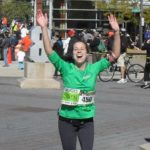 Jenny graduated from Penn State with a BA in psychology, always interested in how the mind worked and in helping others. Jenny found her passion for healing through her own journey and is now an intuitive healer, mind/body mentor, inspiring people to connect with their inner power to create the life they desire. In her practice Jenny has seen clients heal from depression, cancer, MS and many other challenges. Jenny offers many free gifts to her subscribers including the first chapter of her book A Short Path to Change: 30 Ways to Transform Your Life and a free 9 minute guided meditation. Jenny conducts workshops and is a contributing blogger for The Huffington Post.