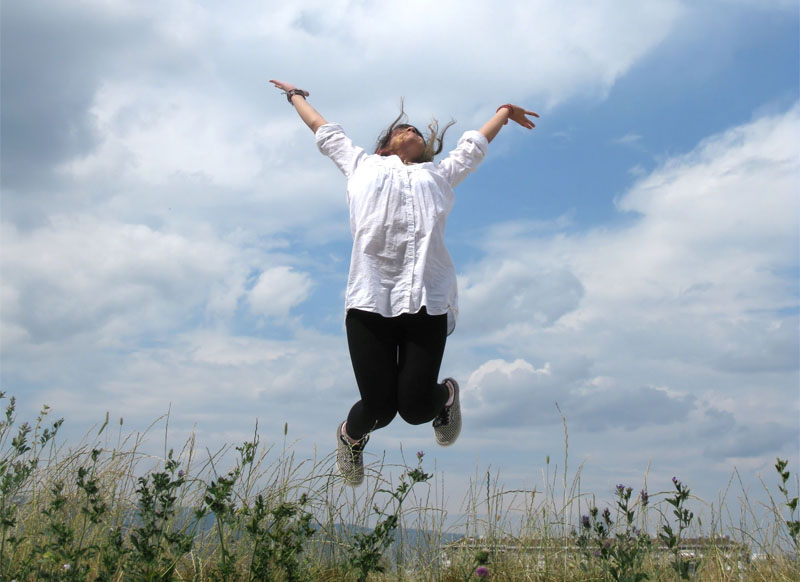 I have always considered myself to be an open and honest person. And yet, as I look back on the years past, I know I would be lying if I said that was true. I spent most of my life living a lie.

Married but deeply disconnected, I was struggling with a past that would not go away, unaware how I would ever be okay. I worked hard to appear to be fine, but not very far down, the cracks in the fabric of my life could barely mask the deep fissures that were hiding there, threatening to pull me down to a place that terrified me.

And then, the worst thing I could imagine happened. My world fell apart completely. My husband left me to raise our family of eight small children, including a nine month old baby, alone. I was speechless when I realised what was happening. I could barely whisper the one burning question in my heart.

Looking back, that terrible thing was what I most needed in my life. It was what finally took me to a place where I had to be real.

Losing everything meant I finally could be real.

I began the process of reinventing myself. I was not who I wanted people to think I was. Not even who I thought people expected me to be.

It was a long and slow process and it began by my going to my first Co-Dependents Anonymous meeting.

I learned that I needed to recover from the things I did to survive when I was a child with few resources.

It’s funny how, sometimes, the things that seem the most despairing become the best things that ever happened to us. I grew into my skin then in a way I never had before. I stopped feeling as if it was all my fault, as if I was to blame for the years of abuse and not being able to keep myself safe, as if I could have somehow stopped it.

I stopped trying to fix everything and began to grasp that many things are not ours to fix and that the idea of being responsible for someone else’s choices is absurd. I began then to understand that I had been stuck in a moment and it was time to get out of it.

There were many nights of crying. Many days of extreme sadness. Many occasions of questioning and wondering and asking the whys and if onlys that had plagued my early life. But it wasn’t despair, it was release; and it was so important to me.

I became a single mother then. I went back to work and began a career I had put on hold to start my family over fifteen years prior. Life wasn’t perfect, but I was honest about it.

I began to be more honest with long-time friends and even got back in touch with some people I had been to school with. I finally revealed to them the secrets that I had been forced to carry in the past, telling them of the days I came to school so deeply traumatized and unable to say anything about what I was enduring. I told them about how, when I left home and started at University, I just wanted the past to be swallowed up and disappear.

I began to see that being real with people was, in itself, a healing balm.

I had reinvented myself in the most profound way.

And then I met a man.

I had been by myself for ten years then. The healing I had known was a precious elixir to me and, although I was content in my life and not needy, I was ready to explore. I was ready to see if I had done enough to be able to have, this time around, a healthy relationship.

When we met, Peter was the foreman on a large building project, recently divorced himself and working through his own sense of loss. He had always longed to own a boat but his former wife did not support the idea, and he let his dreams slip away from him. I could see the delight it gave him and so I suggested we buy a boat. We found a cheap yacht that needed lots of work and, soon, it was our weekend retreat. A place of calm in our hectic and stress-filled day-to-day lives.

It wasn’t long before we decided that this weekend retreat should become our every day. We gave up our jobs, sold our possessions, and kept only what we could fit into the boat. Together, with our youngest children, we began a life as live-aboard cruisers, waking with the sun and spending our days writing, fishing, swimming, playing, sailing, only to fall asleep again each night to the gentle rocking of the boat and the whispering of the nearby waves.

We began to reinvent ourselves again, and this time, together.

They say that, often, what seems like the end is only just a new beginning. For Peter and I, this is most certainly the truth. Recovering from trauma and co-dependency has been the most brutal, and the most needed, pruning. I would never have begun it if I hadn’t had to, but once it began, I could see that it was like getting rid of all the dead growth—all the unhealthy branches and unfruitful limbs—allowing new green shoots to burst out.

What emerged was not just a little greenery, but beauty where there had been little and the opportunity for life itself to blossom and flourish. 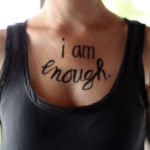 When No One Believed In Me, I Learned To Believe In Myself

Sue Parry-Jones is a wearer of many hats. Wife, mother to a tribe of a dozen children and step-children, grandmother, social worker, writer. Her passion is to help women who have survived childhood sexual abuse, walk away from their past and into a healthy, and happy future. She writes about recovery and sailing and lives with her new, gorgeous husband Peter on board their 1800s inspired yacht Argos, along with their two youngest children and can be found somewhere on the Australian coast! Sue can be contacted via her website and her Facebook page.