How I Caused (And Cured) My Infertility 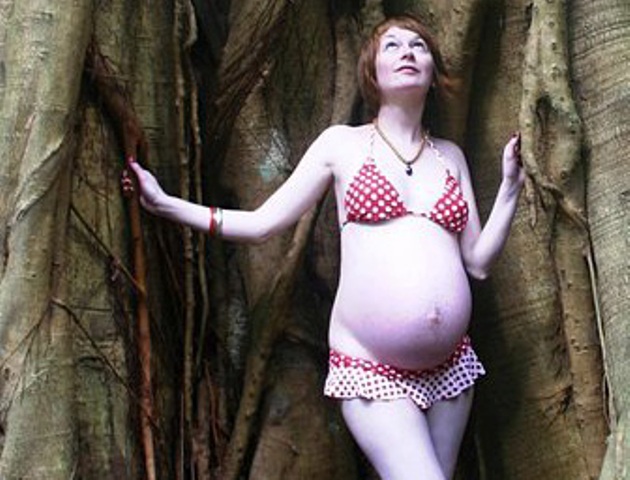 I think that hindsight is one of our greatest gifts. I discovered this on the year-long journey I faced while trying to conceive a child, which led to a profound personal awakening and the gift of patience.

As a healthy woman, I was certain that I would fall pregnant straight away. I knew my body really well and I felt pretty good, so I didn’t consider that there could be any problems. After a few months of trying, however, I began to get frustrated (and impatient). I made an appointment to see a popular holistic doctor—the only problem being that he had a 3-month waiting list!

Here came my first challenge: waiting. I couldn’t stand it. I recognized that there was no use in fighting things that were beyond my control, but still, I struggled through it, complained about it, and wished that the situation were different. Not helpful at all, I know.

Three months went by and I still wasn’t pregnant, so off to the docs I went. After meeting with the doctor and having some routine blood tests, I discovered that I wasn’t as healthy as I thought. I had major deficiencies in iron, vitamin B, magnesium, vitamin D, zinc, and had cholesterol levels so low that they were affecting my hormones and my body’s ability to produce essential minerals.

This was heavy. Then, on top of all of this, I discovered that I also had a digestive parasite (the cause of my low iron).

I was devastated. Not only was I not able to have a child on my time, but now I had to deal with all this other crap first! I hated my situation so much that I became bitter, sarcastic, and I started to expect the worst rather than being hopeful and optimistic like my usual self.

Even though I was grateful that the news was not all bad, I still played the victim every day. Thankfully I wasn’t dealing with something far more serious or beyond my control. All of my ailments could be corrected and repaired. Although I knew this, I reacted as if I had received a tragic diagnosis.

Straight away, I was hit hard with my next challenge: money. This was not just about finding the finances to buy all the supplements/food/products I needed to restore my health. This was more about the underlying issue of not believing that I was worthy of having this money spent on me.

I must admit that worthlessness related to spending money on myself had been an ongoing issue for me. It was finally being presented to me in a way that I could not ignore. I desperately wanted to have good health (in general but also for the greater purpose of having a child), but I felt constantly guilty about the money I was “wasting” on getting there.

Any outside observer would have been able to see that the money I was spending was not at all wasted. From my perspective, I may as well have been throwing money down the drain.

This was a long and painful lesson. Getting rid of the parasite involved a 3-month herbal cleanse that had many unpleasant symptoms. Some days, I was so nauseous and unwell that I was not able to do anything at all. I started to feel sorry for myself and think that my situation would never improve.

I’m sure you can imagine what thinking like this achieved!

I thought it would never end. In hindsight, I can see that it was all worth it and that it didn’t drag on for as long as I thought it did. This is where an outsider’s perspective really helped. For me, it was my incredible doctor.

We worked through my issues around worthlessness and he explained how important it is to take an emotional approach to physical symptoms in order to heal them fully and prevent their return. At that point, I realized that I had to address the underlying core issues, not just the physical ones.

My doctor asked me a question that would change everything. He asked:

“What state of health and well-being do you want to be in when you have a child?”

This was not something that I had given serious thought to before. My answer was, of course, that I wanted to be grounded, strong, confident, reliable, and HEALTHY! There was not a single inch of me that wanted to feel worthless or sick as I made the journey into motherhood.

I had reached my low point and now I was rapidly “bouncing back.” I knew exactly what I needed to do.

In order to experience the extent of my worthlessness, I had to face the reality that I might not be able to conceive a child and find peace with the necessary financial exchange to support my well-being.

I had to travel deep within and look my fears in the eye.

I retreated from the world while I went on my healing journey. I allowed myself to experience and accept the grief, frustration, self-blame, and pain associated with the idea of not being able to have a child of my own. I sat with that pain and, within, I found my true self.

I allowed the discomfort of accepting money to arise. I spoke to myself as if I was talking to a dear friend. I showed her that not only did she deserve to have money spent on her, but that she needed it for her health and well-being. I reassured her that it was okay to feel nervous sometimes and that she was strong enough to accept money and let this issue go.

After a few weeks, I emerged refreshed and connected, for the first time, with everything that gave meaning and purpose to my life. Whether or not my future involved being a mother, I recognized my value, validity, and worth.

I had found peace, which allowed me to transcend the “problem” of not being able to fall pregnant and just enjoy being exactly where I was in that moment (something that I had not allowed myself to do for many months). This really took the pressure off! Instead of seeing not falling pregnant as a “problem,” I saw it for the gift that it was.

I was living consciously, one day at a time, and quit taking pregnancy tests every month. I accepted that if it was going to happen that it would just happen and I would know it in my heart.

It probably doesn’t come as a surprise to you that I fell pregnant within a month of this transformation.

Now, my gorgeous daughter is now nearly two! I am so grateful for this journey that brought her into the world and grateful for the chance to transform this difficult time in my life into an opportunity to inspire people to be patient, loving, and kind to themselves. 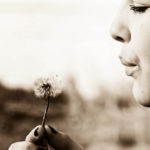 Setting Myself Free (A Poem)

Naomi Goodlet is a Wellness Coach, Spiritual Mentor and Mindfulness Crusader. She advocates for empowerment, wellbeing and freedom through connection with true values and with the present moment. Click here to receive her FREE E-Book, ”Be Here Now” and learn how to stand back from your mind, make peace with your difficult feelings, and experience the joy of living in the present moment!